KillRace removes the starships and starbases of a race when they are no longer in the game. It was originally designed for use in Melee games and is now available as a custom option.

This mechanism is triggered when a player is no longer in the game, whether because that player has resigned or been dropped. If a replacement is introduced before the third following Host run, the KillRace option will not engage.

The following flowchart shows how the KillRace Mechanism fits in with the Fight or Fail and Dead Mechanisms. 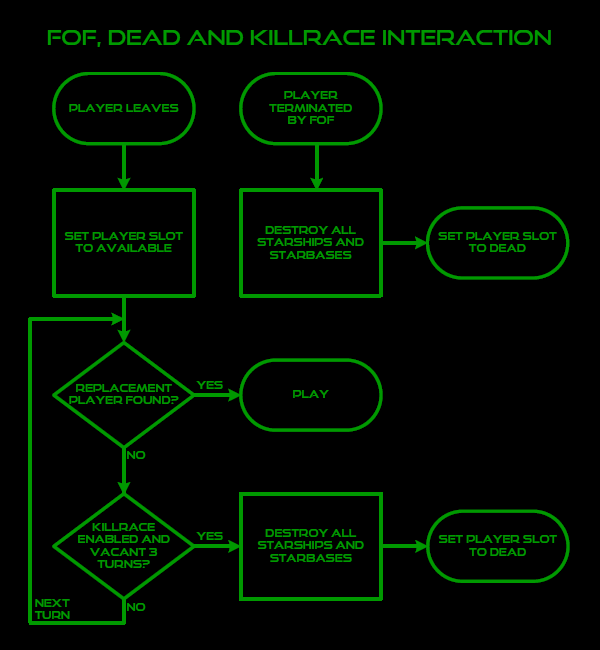