Step 1: A new game is created

The Planets.nu server creates a new game and posts it on the Game List page under New Games.

It is also possible for players to create new public games. These will appear in the Interest page under New Games.

Players join the game from the New Games page. Each player chooses one of the 11 races.

For some games, the player will have to express interest in the game in the Interest page. When enough players have expressed interest, the game will be created and the player can join, as above.

Players open the turn from their My Games page.

Inside the game players use a graphical interface to issue orders to their planets, starships and starbases. When they are finished they mark their turn as ready. 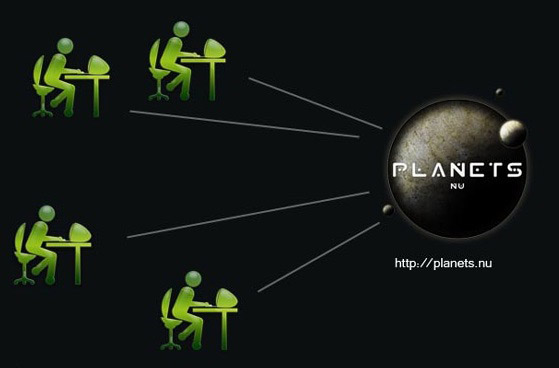 Once all players have played the turn, the Host program runs and calculates the results of the actions of those players.

The Host program sends emails to all the players to tell them that a new turn is ready to be played.

Over the following weeks or months players play 2-3 turns per week. When all turns are submitted or the scheduled Host time arrives, the Host program runs. 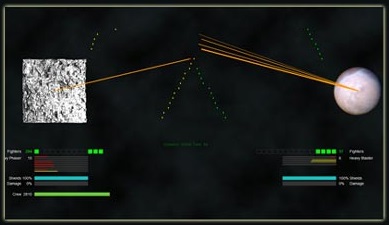